A new style of cemetery

In the early 1840s, Edinburgh’s existing cemeteries and graveyards were overcrowded, unhealthy and dangerous, then the new garden style of cemetery became popular.

Dalry was one of the early ones, however as Edinburgh moved further out from the old walls, it became quickly filled up. It was decided to have an overflow further west, and Dalry New Cemetery was planned. This eventually became known as North Merchiston Cemetery.

With the view of keeping pace with the demand for burial accommodation in the outskirts of the city, the Edinburgh Cemetery Company has acquired a piece of ground, 12 acres in extent, which in a few weeks will be opened for the purpose in question.

This new cemetery is situated to the south of the Magdalene Asylum, and is within a stone’s throw of the present Dalry Cemetery, belonging to the same company. The Slateford road forms its eastern boundary, and on the west is the branch railway from Granton to the Caledonian main line.

When complete, the cemetery will be somewhat in the shape of a parallelogram, but in the meantime only 6 acres of the ground have been laid out.

Starting from the lodge gate, which is nearly opposite the toll-house, the main walk runs across the ground in the direction of its greatest breadth, while half-way up there are two principal branches, one to the right, the other to the left.

According to present plans it is intended, when the cemetery is completed, to carry this left walk the whole length of the parallelogram, and have curved branches thrown out to either side, with clumps of shrubs and evergreens at the points of intersection.

The centre of the lobe-shaped compartments skirted by the walks has been set apart for common burials, the remaining ground being laid out with a view to its being taken up for private interments.

All the plots have been nicely turfed; clumps of shrubbery have been planted in suitable situations; and altogether in point of ornamentation the cemetery will compare favourably to most grounds of a similar kind. The situation is fine, and the soil may be described as loose sand intermixed with small gravel.

To this it may be added that the ground slopes on either side from a central ridge, from which a fine view is obtained of the surrounding country. 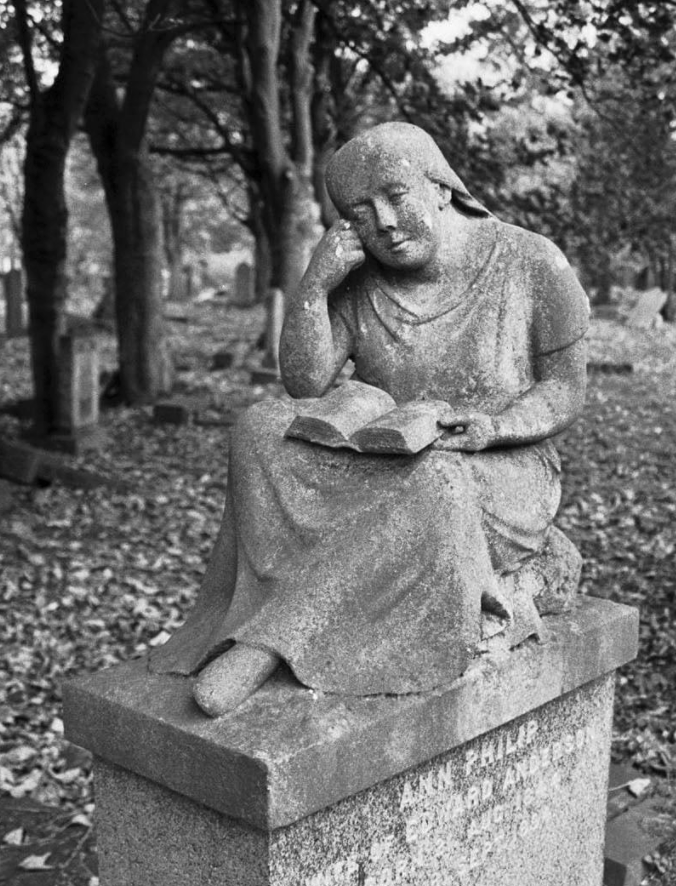