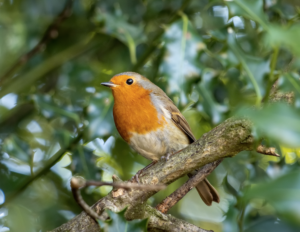 He was killed in a fire tragedy on corner of South Bridge and Chamber Street. The sudden “charging” of a high pressure hose knocked him off his balance, and he fell 45ft. into a blazing ventilation shaft. He had been promoted to brigade headquarters from the Stockbridge division only two weeks before.

Joined EFB 1907/ promoted to Acting Chief Fireman 9/1/1915/ made Chief Fireman 24/5/1916. Designation changed from Chief Fireman to Station Officer. Stationed at Stockbridge Fire Station at the time of his death

Watt met his death whilst dealing with a fire on South Bridge near to its junction with Chambers Street in a premises known as the Central Arcade Company.

Watt and two firemen were posted on the roof of the Central Arcade to the rear of the building with a 3½ inch diameter hose. As they were too close to project water into the burning building, they were ordered to move back by Third Officer Swanson, the officer who posted them on the roof.

As the group moved back, dragging the hose, Watt came up against a cupola, which prevented him from working. As he let go of the hose, it took command of the two firefighters and threw then against the cupola.

Watt was struck in the middle by the full force of the water jet, which was approximately 90 lb per sq.in., causing him to somersault and fall head first into the ‘well’ of the building.

Stn O Watt’s body was finally observed lying in approximately four foot of water with debris across him, within the well of the building. A fireman was lowered down on ropes and the body was tied on and recovered.

Cause of death was recorded as the result of a fractured skull and it was further recorded that there was no sign of burning or suffocation.

The funeral cortege, consisting of a fire engine bearing the coffin atop which was Stn O Watt’s helmet and axe and a second appliance, which carried the wreaths which could not be accommodated on the first appliance, left Brigade Headquarters at Lauriston Place and proceeded to North Merchiston Cemetery.

As the cortege passed Angle Park Fire Station, near to the cemetery gates, the station complement lined up outside to pay their last respects.

A Police piper played a lament at the graveside as old members of the Edinburgh Fire Brigade bore the coffin to its final resting place.